Both a trend and an artistic movement, Impressionism is most often expressed in paintings of landscapes and scenes of modern life. The style emphasises the instantaneous expression of light effects and visual sensation.

Birth of the new painting 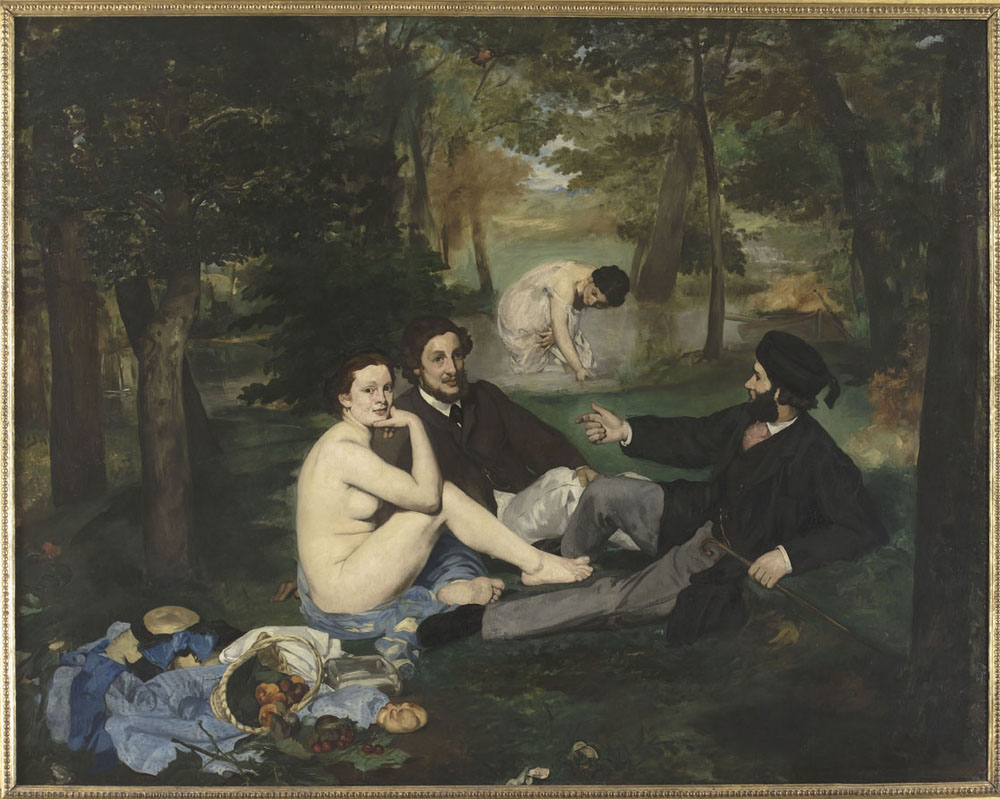 Lunch on the Grass – Manet

Impressionism, which emerged in the 19th century, was a movement of artists who wanted to develop their own personal style. It was in 1860 that these young painters came together to create a new movement that broke away from the overly strict rules of the Academy, even if this meant a negative reaction from some of the public. The artists then divided into two groups. One group wanted to continue to please the buyers, the other wanted to paint in complete freedom and without concessions in the creative process. Invited by Claude Monet to abandon the studios for open-air painting, Auguste Renoir, Edgar Degas, Camille Pissarro, Paul Cézanne and Berthe Morisot are the best known Impressionists. However, as is often the case with artists, they were rarely recognised during their lifetime. Supported by Edouard Manet, the Impressionists were hardly accepted and often rejected by the salons. In 1874 they held their own exhibition at Nadar’s in Paris. This exhibition was mocked by the art critic Louis Leroy. He reproached it for being only an impression, a sketch, and compared the paintings to scribbles with unworthy subjects. Unintentionally, he gave the name to this new artistic movement: Impressionism.

Emile Zola, who supported Manet, published articles in defence of the Impressionists.

The eighth and last Impressionist exhibition took place in 1886.

The techniques of the Impressionists

They invented a lighter easel and paint tubes that allowed them to leave their studio.

The Impressionists were inspired by the painter Delacroix who used pure colours on his canvases. The Impressionists mixed colours very little and used a light palette to paint the light and its effect on the landscape.

The Impressionists’ touch is quick, comma-like and corresponds to the instantaneous nature of their painting. by the choice of their subjects. Alongside Monet, the Impressionists travelled by train throughout France, as well as to Italy, Holland and England to paint nature. However, landscape painting was still considered a minor genre by the Academy.

They also painted the city, the railway stations, the symbols of modernity but also the leisure activities of society.

Renoir painted dance halls, Toulouse-Lautrec cabarets. Degas depicts all the subjects of an opera, musicians, spectators, dancers on stage, during their lessons and in the dressing rooms.