Summer is a beautiful season, it is also a time of inspiration for many artists. What could be better than contemplating warm colours, reminiscent of the sun, heat, beaches, joy and good humour? Enjoy these holiday works by well-known and/or little-known artists.

This work was painted in 1890 by Renoir. The theme of this impressionist painting takes us back to childhood memories. 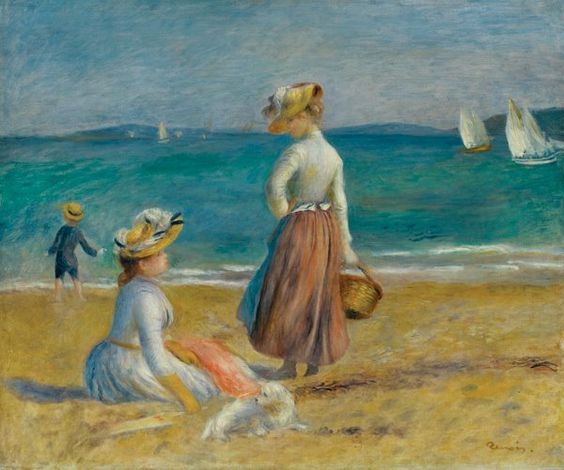 It was in the summer of 1909, precisely in Valencia, that the artist painted his most famous picture. This oil on canvas is now in the Sorolla Museum in Madrid (Spain). The beach with the red bonnet by Maurice Denis (1909)

Maurice Denis was a French artist (1870-1943). He was not only a painter but also a theorist, critic and art historian, decorator, glass painter, engraver, illustrator… 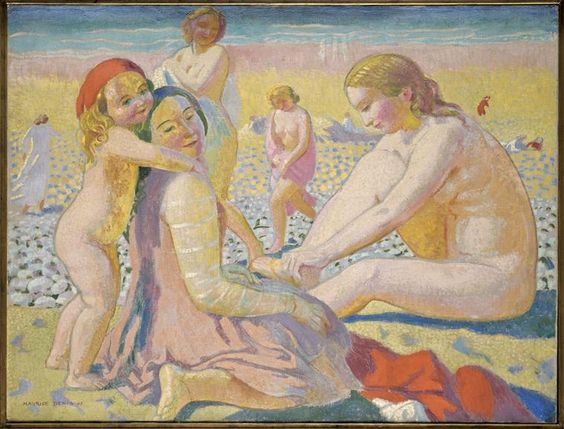 She looks at her island- JC Bourcier

This pastel painting reminds us that Polynesians are very attached to their land.

Find this work on this link 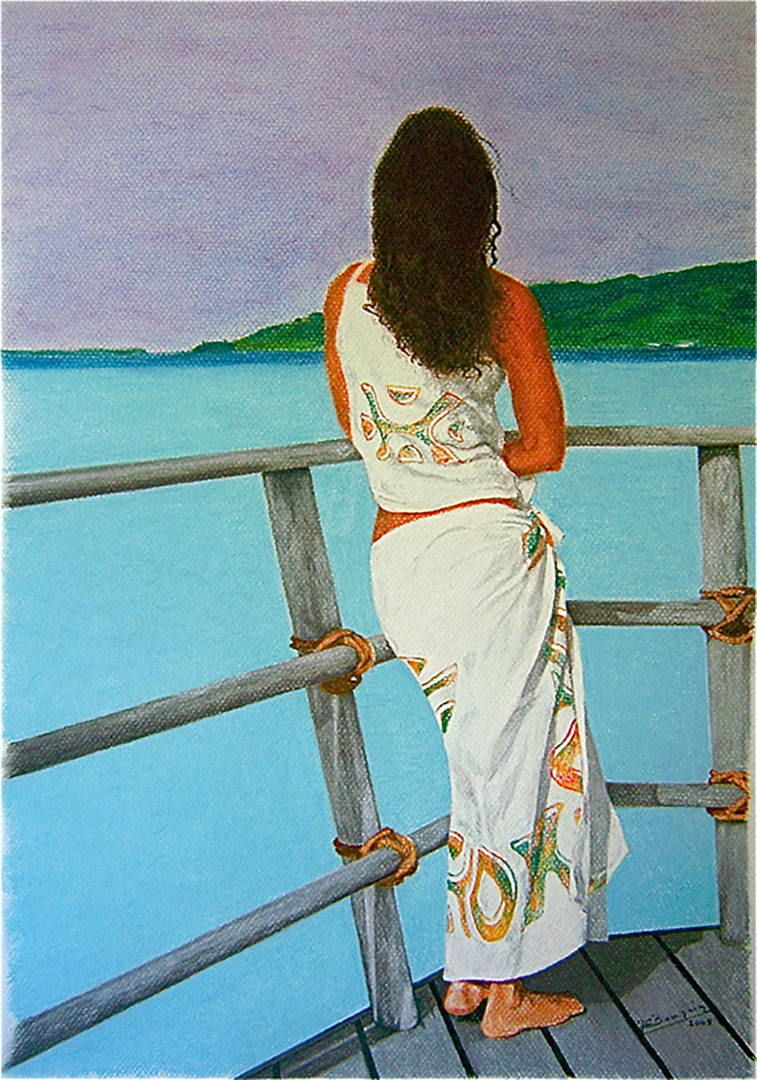 In Polynesia, the boat remains the preferred means of travel. 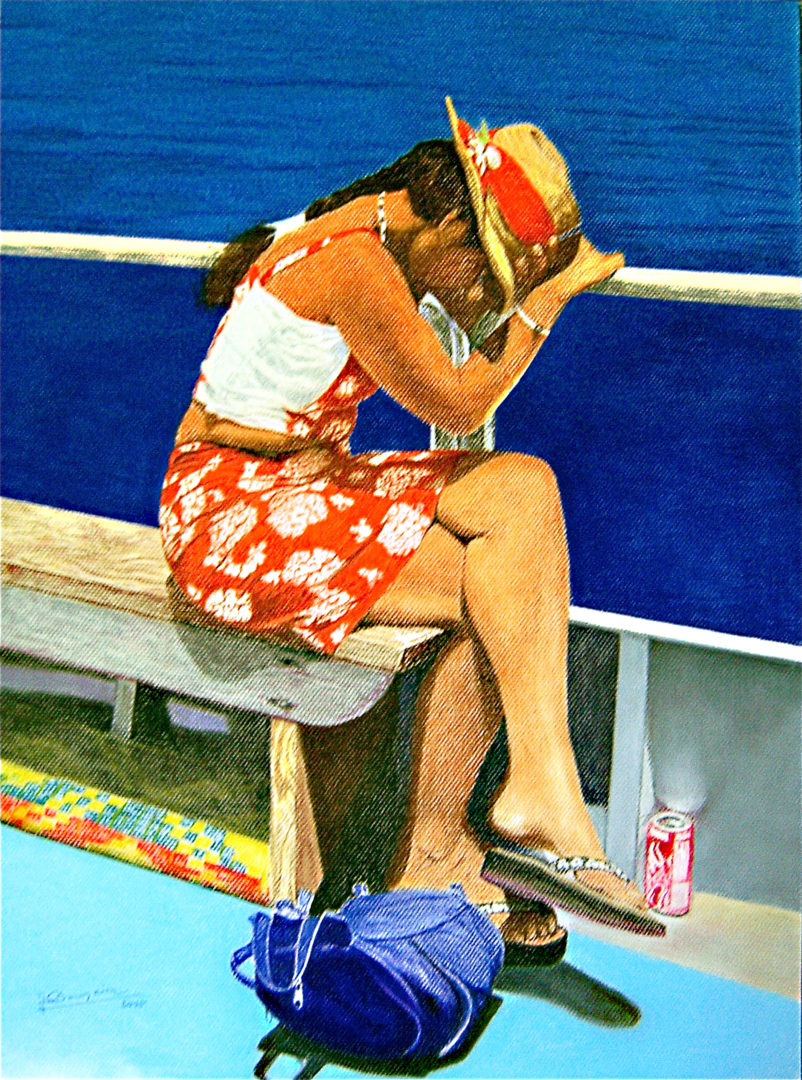 Strongly influenced by the painter Claude Monet, Lilla Cabot Perry is well known for her portraits and landscapes. 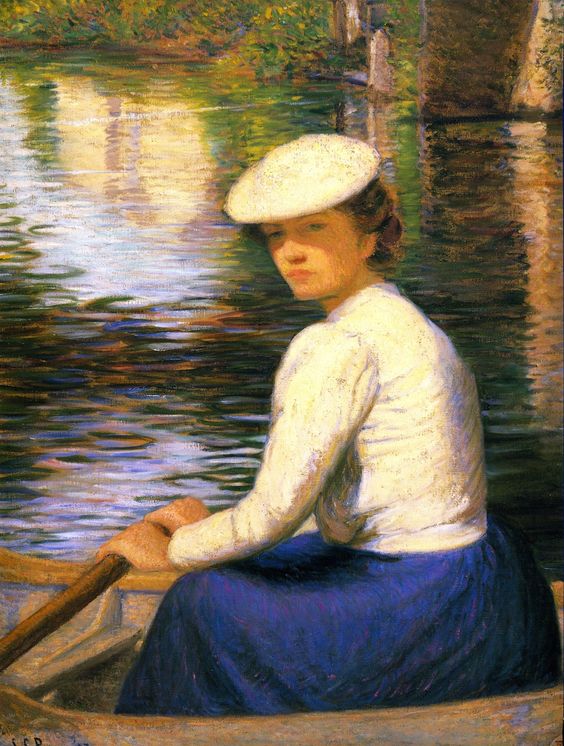 Eugène BOUDIN strongly influenced the impressionist movement. This oil on wood has been compared to Claude Monet’s Garden in Bloom at Sainte-Adresse. 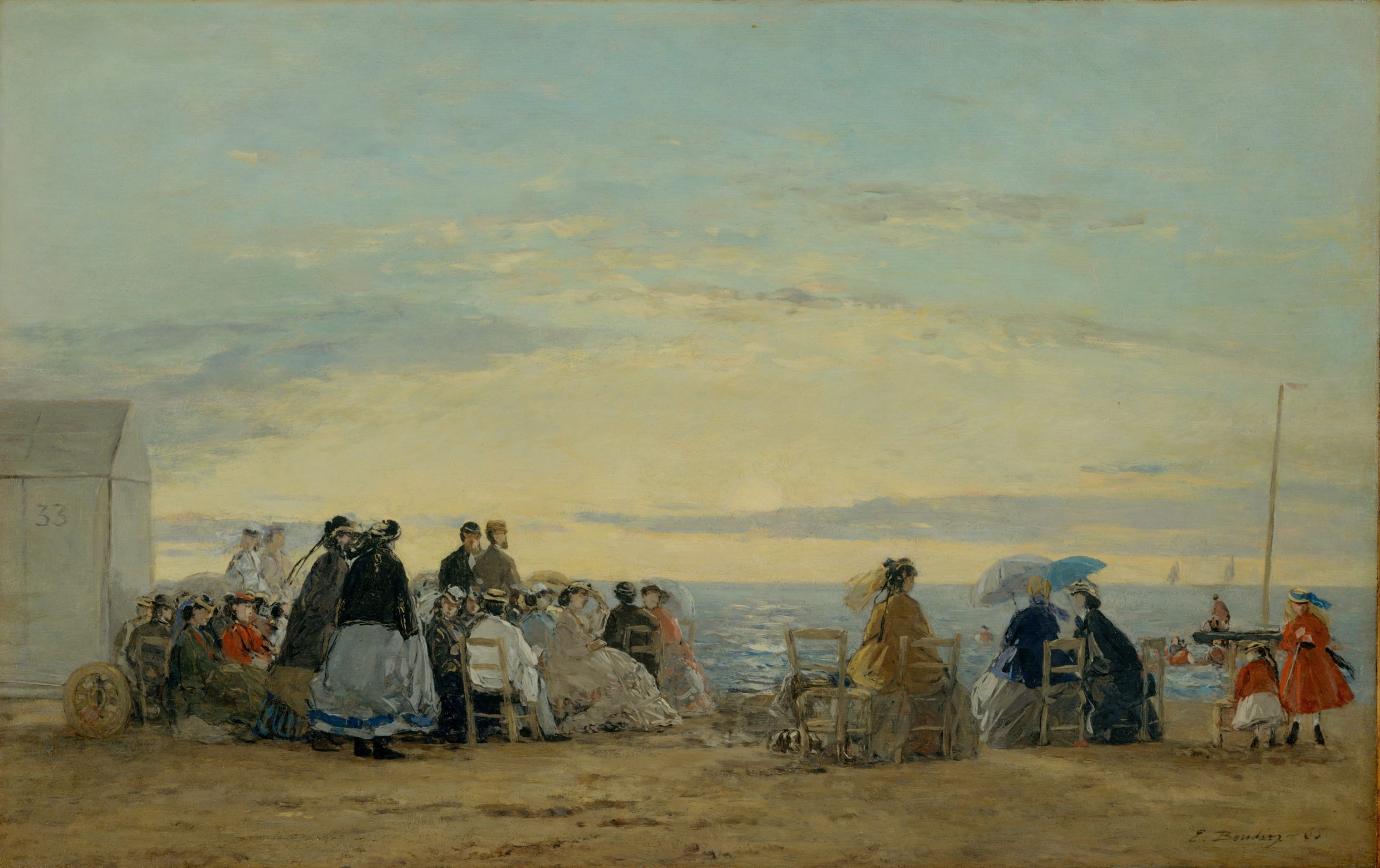 Doesn’t this work make you want to escape to a warm sandy beach ? 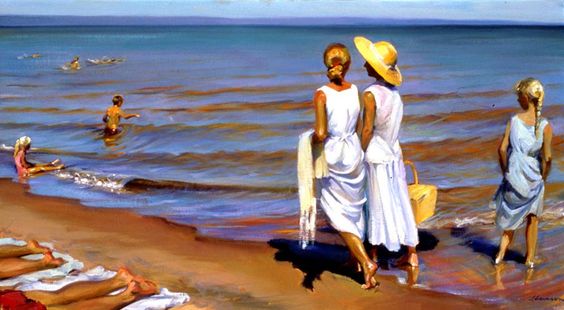 Day of god is one of the works painted by Gauguin during his many trips to Polynesia. Before being restored to its original state in 1973, the painting was separated into three parts. Two of them were given to the State by the widow of the dealer and collector Paul Guillaume. In 1973, the national museums bought the missing part.