Dutch painter and draughtsman Vincent Van Gogh was born in 1853 in Groot-Zundert and died in 1890 in Auvers-sur-Oise, France. He lived in poverty, having sold only one painting in his entire life. His works were ignored and nowadays they are sold at the highest prices at auctions.

A painter with a bad skin

On 30 March 1853, Vincent Van Gogh was born in a village in North Brabant near Belgium, where his father was the pastor. The region was cold and rainy and lacked light. The painter therefore went through periods of deep melancholy from an early age. A loner, Van Gogh isolated himself and seemed to be little appreciated by his family, with whom his relations remained difficult. The eldest son of a family of six children, of his many brothers and sisters, only his brother Theodorus, known as Theo, received his confidences and supported him morally and financially throughout his life.

After a short and unsuccessful education, Vincent developed a passion for drawing. As a result, at the age of sixteen he was employed in a branch of the Goupil company, which specialised in the trade of modern paintings in The Hague.

An unstable child with strong drawing skills, the painter was sent to Paris to work in the gallery founded by one of his uncles. He then moved successively to the branches in Europe. After the one in The Hague, he joined those in Brussels and London. 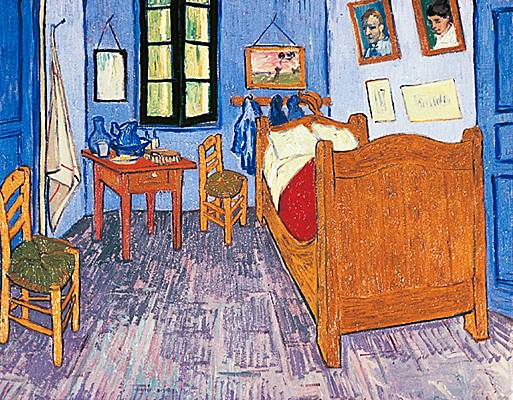 Sent to London and Paris between 1873 and 1876, the painter learnt about the work of the Barbizon school of artists, many works were stored in the gallery where Vincent worked. Paintings by Rousseaux, Diaz and Daubigny can be found there.

Thanks to his stays abroad, the painter was able to familiarise himself with old paintings. The great masters of Northern Europe attracted his attention, especially Rembrandt and Ruysdael.

After his brief stay in Paris, the painter returned to the working-class district of Isleworth in London where he became a schoolteacher.

Despite his efforts, the painter was refused admission to the Faculty of Theology in Amsterdam. However, he did not give up on the mission he felt he had been entrusted with, which had to be carried out in a hostile environment. He felt that he had a religious vocation. Shortly afterwards, the painter became a preacher in the Borinage mining region of Belgium.

A painter inspired by several movements 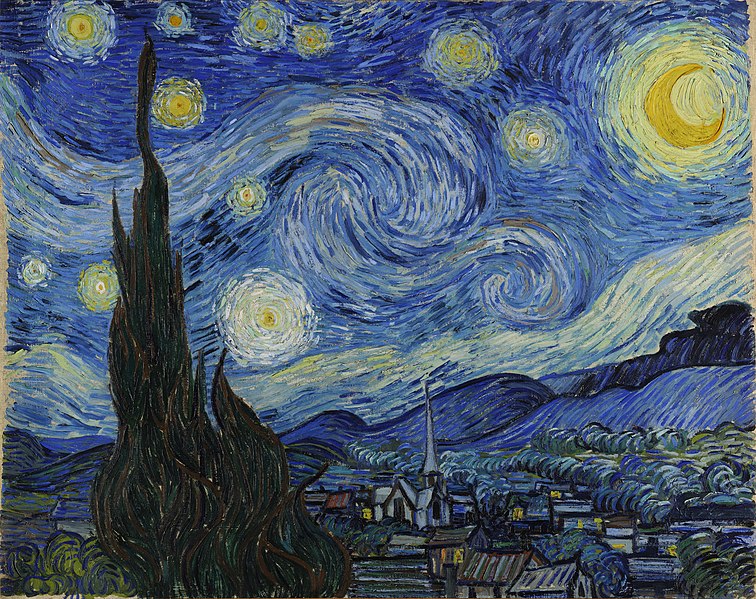 Since his adolescence the painter has never stopped drawing. After years of wandering, painting took over his life. Indeed, at the age of twenty, Van Gogh considered making painting his profession. The painter was inspired by the dark values of the great master of realism: Jean-François Millet. The Dutch painter began to study landscapes.

Van Gogh lived in Nuenen, a village in the Netherlands, for two long years (1883 to 1885), during which time he became familiar with Dutch realism.

The painter then moved to Antwerp, the city that promised great things: he hoped to earn some money by painting signs for shopkeepers. He also took courses at the Academy, where he still found nothing but contempt and incomprehension.

Suffering from the cold, poor hygiene and illness, the painter took refuge the following year with his brother in Paris.

A few months after his arrival in France, Van Gogh changed his view of the world and his way of painting. He realised how much art had changed since his youth, when Millet and Barbizon had become recognised artists.

In 1886, the last Impressionist exhibition was held, during which the techniques of Monet and Renoir were already surpassed by new daring.

The painter met Toulouse-Lautrec in the studio of the academic painter Fernand Cormon, he also frequented Camille Pissarro and Emile Bernard, who had a clear influence on him.

The influence of Japane prints

The powdery crosshatching refers to pointillism, a practice that was just beginning. While the application of sparsely modulated areas of colour on the canvas is inspired by Far Eastern art. It refers to the effects of plates obtained following the printing practice of silk-screening. A process similar to stencilling and very common in Japan.

Like many art elites, the painter was interested in paintings, bronzes, prints and curios from the Land of the Rising Sun. Japanese works became very popular in Europe at the end of the 19th century, mainly in Paris.

Van Gogh had always wanted to bring Gauguin to him, a project that came to fruition in late October 1888. Gauguin was an artist whom Van Gogh admired enormously. Unfortunately, the two artists did not get along and the long-awaited union turned into rivalry, even violence. One evening, during a quarrel between the two artists, the painter threatened his friend with a razor. The next day, the police found Van Gogh unconscious, his ear cut off as a result of a moment of madness.

After his act of self-mutilation, the painter suffered several bouts of insanity. He was admitted to the asylum in Saint-Rémy-de-Provence, where he stayed for a year (1889-1890).

The eccentric Doctor Gachet: the friend of artists Camille Pissarro suggest to Theo that Vincent be sent to Auvers-sur-Oise where Doctor Paul Gachet lived. A specialist in nervous diseases, he was also an art collector and a frien of Impressionists.

A strong friendship develops between the doctor and the painter. Thanks to the climate of trust established by his doctor, Van Gogh painted a portrait of him. Filled with admiration, Gachet commissioned a second portrait from him. As a result, Vincent was aware for the first time in his life that his talent and art were being recognised by a man of quality.

The tragic end of a misunderstood painter

Van Gogh took up his brushes again and spent whole days painting several of his masterpieces such as: Wheatfields with Crows, The Church at Auvers-sur-Oise, View from the Chevet (1890). In these works, colour is still important, but it becomes darker and the forms more tortured, like the painter’s mind. The artist’s malaise is stronger, loneliness and the fear of a new crisis are bothering him. He was only able to benefit from the help of Doctor Gachet for three months, because the painter ended up falling out with him.

The Ravoux family discovered the painter on his bed and Gachet was called immediately and sent for his brother Theo the next day. Despite the doctor’s care, the painter breathed his last on Tuesday 29 July 1890, at one-thirty.

Thus Van Gogh disappeared into near anonymity, the painter having signed more than eight hundred canvases but having sold only one during his lifetime: The Red Vine bought in Brussels in 1890. 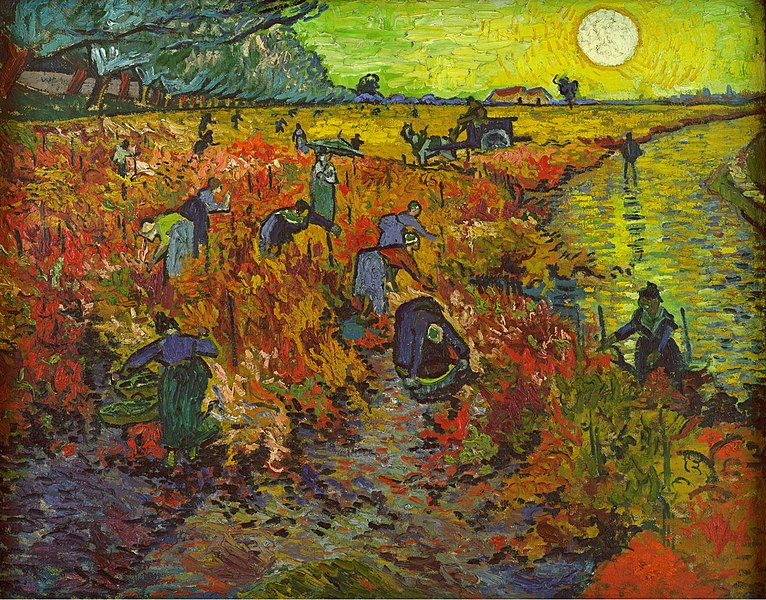